Want to leverage cloud technology for your business, but unsure which provider to choose? Read on to discover what options are available, their features and benefits, and how they compare with each other.

What are the different cloud service providers available?

There are many cloud service providers for you to choose from – each with their own specialisms. Which one is right for your business will depend on what you need from the technology.

The three that most businesses tend to use are:

What is Google Cloud?

The Google Cloud Platform is part of the broad Google ecosystem – a suite of technologies made up of cloud compute resources (CPU, memory, etc.), storage, networking, data and machine learning services. Further enhanced by an array of security and developer tools. These cloud services tightly integrate with resources such as Search, Analytics, YouTube and G Suite. First released in beta in 2008 as Google App Engine, (beta) it was designed as a platform to develop and host web based applications. Since then, there has been continued growth in the IaaS, PaaS and SaaS technology offerings.

Innovation and technical expertise – Google Cloud is arguably ahead of the pack here, thanks to its industry-leading capabilities in analytics, machine learning, Big Data and containerisation.

Planetary scale of resources – Google Cloud VPCs (virtual private clouds) have global single network capability, meaning one network can span the entire globe. Load balancers are not individual virtual machines, but are a global mesh of compute resources and so have unrivalled automated scalability.

With cloud hosting, your new infrastructure is already being managed for you. This makes the set-up process far simpler than setting up your own system of dedicated servers.

It doesn’t matter where you are, or what device you are using. When everything lives in the cloud, you can log in anywhere using any device. It’s a secure way of giving your employees the flexibility to work from home or in multiple office locations.

The cloud allows employees to save work online - often automatically. This means work is not lost if a device is damaged. File and data recovery can be performed easily and quickly, too.

Compared to offline technologies, cloud-based services often work out as more cost-effective per individual employee. This saving is particularly noticeable for businesses with a high headcount.

What is Amazon Web Services (AWS)?

The dominant cloud service provider in the market currently, AWS is an Amazon-owned and broadly adopted cloud platform that provides over 165 services – from Analytics and Blockchain to Game Tech and Robotics. The longest-standing of the three providers, AWS launched in 2006 with offerings for organisations to deploy their IT infrastructure using what they coined at the time as “web services”.

The benefits of AWS include:

A global reach – AWS has the most comprehensive network of worldwide data centres.

Depth of services – Across storage, computing, data, networking and mobile, to name just a few.

Heavy investment in data centres and solutions – This has allowed AWS to successfully maintain its position as one of the market leaders, despite the arrival of other vendor clouds like Google Cloud and Microsoft Azure.

AWS has a wide array of managed database services, including Amazon Aurora and Redshift. Database migration can be achieved with minimal downtime, thanks to AWS Database Migration Service.

What is Microsoft Azure?

Large back catalogue – Lots of business software which has been integrated into their cloud offering.

Active directory – Microsoft’s proprietary authentication and authorisation system used by millions of customers sits at the heart of the Azure cloud.

Compliance – Boasting over 90 compliance certifications ranging from CIS to GDPR and beyond give Azure the most comprehensive coverage of compliance.

Microsoft Azure users can easily deploy and run containerised web apps in a way that scales with your business. The ability to build, store, manage and deploy containers at scale can be achieved with Azure Kubernetes Service (AKS).

From API Management that allows you to publish APIs securely and at scale, to Logic Apps, which simplify the access and integration of Microsoft and third party applications without writing code.

How do they compare?

So, we’ve explored some of the different benefits and features of each cloud service provider, but how do they stack up against each other?

If you’re talking about speed, Google Cloud (more often than not) win over AWS for deploying like for like virtual machines. Network communication latency is also lower in GCP, in part because Google are the sole owners and sole users of their global fibre network. But also because they have a very different proprietary software defined IP network allowing customers to benefit from zero hops between source and destination, anywhere around the world. Do bear in mind though, there are a very large number of variables to consider when performing either of these kinds of comparison.

When it comes to price, Google Cloud trumps AWS again. Google Cloud offer sustained usage discounts which are applied automatically. AWS, however, do offer a pretty tasty free tier of resources and the ability to bid on spare capacity.

As security is always a paramount concern for IT, the fact that Google Cloud encrypts all its data and communication by default will likely appeal.

Both providers have a focus on big data and machine learning, yet Google’s easy access to G Suite users’ data and planetary scalable database services like Cloud Spanner might just give it the edge here. Yet, if we look simply at the number of services offered overall, AWS has it.

For Linux/Unix users and admins, AWS is going to be the easier of the two to use and navigate as the platform software is based on top of this technology, whereas for Windows users, the opposite will be true. Although, as mentioned, AWS is slightly slower than Google Cloud for operations such as building a virtual machine, it is considerably faster than Azure.

When it comes to pricing, both platforms follow a pay as you go model. Both have a “per second” charging for virtual machines – providing a more exact pricing model, and both have concessions for using low priority resources. Close call so far, however if you already have Microsoft product licenses then you can take advantage of some license portability, making Azure possibly cheaper for some customers.

AWS has the largest set of features of all the cloud vendors and so arguably offers more flexibility. However, for those who wish to continue using products from the vast back catalogue of Microsoft enterprise software, Azure gives them the opportunity to do so without having to completely re-learn, and in some cases, re-licence the products.

The Azure platform has a powerful suite of services called App Services where organisations can launch code on managed Microsoft and Linux application servers, or into Docker containers. Google offer a similar tool called App Engine and while Google can boast much greater scalability, Microsoft offer the most complete set of runtime stack choices between Linux and Windows operating systems.

The backup and recovery of virtual machines should be a key part of every business continuity plan, both on premise and in the cloud. Google has a system of scheduled disk snapshots and virtual machine templates for recovery, this works great but isn’t a technique many will have used outside of the Google Cloud. Microsoft, on the other hand, have a solution which provides a similar service but with the added advantage of it being very close in look and feel to a traditional backup and recovery tool.

Ultimately, all three platforms have their own pros and cons, but which ones matter most will depend entirely on your business. It’s also worth remembering that you don’t have to choose just one provider – using a combination of two or even all three means you can reap the benefits of each cloud service, as and when you need.

Our cloud training courses use a combination of presentations, demos and hands-on labs to explore how you can make cloud-based technology work for your business. From our regular classroom workshops to personalised sessions for your whole team, find out more about our cloud certification training options.

For further information about our private training sessions call us to discuss your requirements and we’ll work with you to establish the right course for you.
GET IN TOUCH
020 7993 4556
We have trained thousands of people all over the world. Helping them to learn more and achieve more. 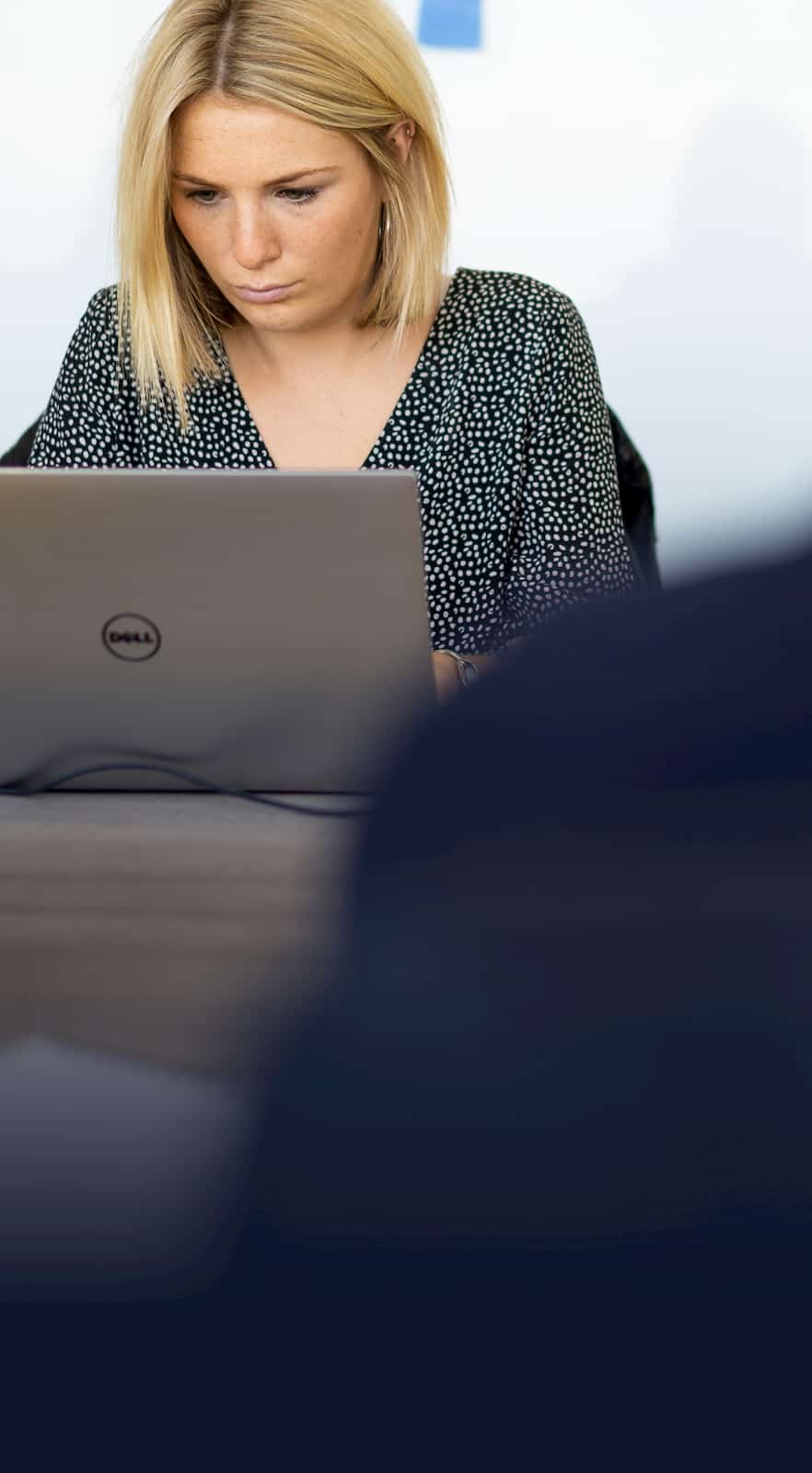